American actor, Shia LaBeouf has apologized for his recent erratic behavior just days after he was arrested on suspicion of obstruction, disorderly conduct and public drunkenness.

The actor was taken into custody by the Metropolitan Police in Georgia during the early morning hours on July 8 after he lashed out at a bystander for refusing to give him a cigarette. Police stated that LaBeouf used “profanities and vulgar language” and showed aggression to a police officer after being asked to leave the area.

According to TMZ, the arrest included a racist rant, in which the actor accuses the police of being racist, or “a black man arrested me for being white.” He also yelled at a black cop, “you’re going to hell, straight to hell, bro.

LaBeouf, who was later released on a $7,000 bond, took to social media yesterday to explain that he was “deeply ashamed” of his actions. He concluded his post by asking for forgiveness for his “mistakes” and revealed that he’s making an effort to get sober. “I have been struggling with addiction publicly for far too long, and I am actively taking steps toward securing my sobriety and hope I can be forgiven for my mistakes.” 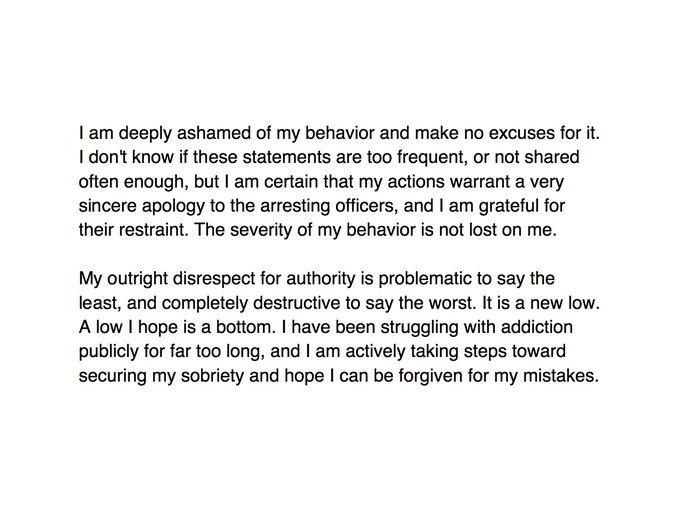