Following the tragic death of Chester Bennington, Linkin Park has taken to their official twitter account to pay a touching tribute to their late singer. Chester who was discovered dead at his home weeks ago sent shockwaves around the musical world with the news of his passing.

The band has also changed their official profile page on the micro-blogging site to show the picture as their banner shot, while their profile picture was changed from the band’s logo to one of Chester singing.

Following a tide of tributes to the ‘Crawling’ singer, the band as a whole first responded with an image no-captioned tweet as they chose to remember Chester for the idol and hero to many that he was. But now they’ve shared an emotional and touching message of their own to the late singer. See below: 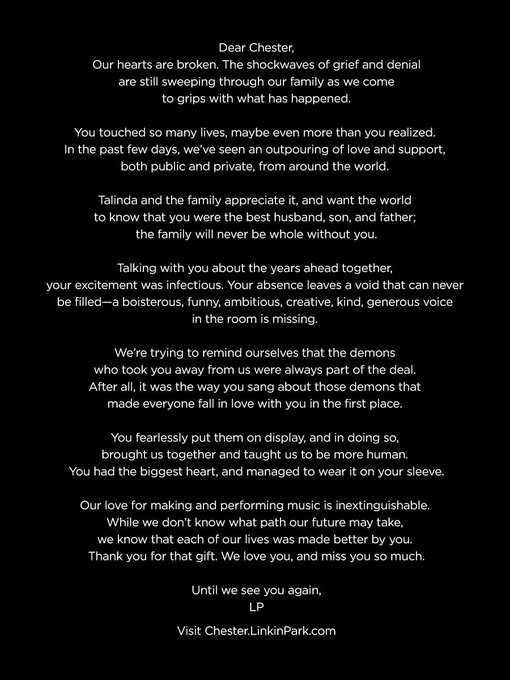